The sediment area of the Vrushabhavathi River flowing through Kumbalgudu is piled up with garbage. The garbage falls into the river and is been carried away by the waters.

The people staying near the riverbed stated that the Panchayat dumps waste here once every week and excavator comes and pushes the waste into the water. The river is black in colour from the waste.

The Village Panchayat secretary, Balasubramaniya.Y said, “We collect waste from there every15 days and the work is given to contractor Muniswami” . He also stated that he will look into the issue.

The villages Devegere and Gollahalli near Kumbalgudu get no waste pickers to collect their waste every day.  Goramma, a resident in Devegere said, “No one comes to collect waste here, the garbage van comes only during the election times, during the other days we dump the garbage in an open plot”.

There is no law for the Panchayats as to how to segregate waste and how to dispose them off in a safe manner. Rashool Khan, an expert in waste management, stated that if the garbage containing plastic and degradable waste is been dumped in an open plot, the fertility of the soil will be affected and plants will stop growing. The ground water level will also be affected as rain water cannot percolate the layer of plastic to reach the ground and be absorbed.

A.N. Yellappa Reddy, who served as the Secretary to the Department  of Ecology and Environment in Karnataka, gave his expert advice on the issue. 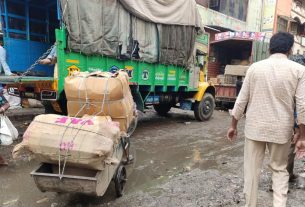