The former Union Minister praised the NGT for its work and asked for its autonomy from the government.

Sand mining issue is the responsibility of the state government since the powers of the centre is extremely limited on this issue, says Ramesh on the subject of sand mining in the Cauvery river.

Speaking on the ‘New draft forest policy and deteriorating state of environment in India,’ Ramesh said that the Forest Rights Act is an important act to redress people’s grievances, though it has failed in the community forest areas. He also said that it is dividing the environment community due to non-consensus on laws and policies.

Forest rights Act divides the environment community as there is no consensus on laws and policies, says Jairam Ramesh

Saldhana said the public is getting confused about the concept of development by mega development projects and rapid industrialisation.

India is one of the three countries in the world to have a National Green Tribunal (NGT). The tribunal has been heavily active in making sure the environment in the country is safe.

The Tribunal recently hit out at the Karnataka government for the poor conditions of lakes, and also fined Delhi with Rs. 50,000 for failing to provide it with a list of restaurants that permit smoking hookahs on their premises.

Lauding the NGT, Ramesh attacked the last years’ Finance Act, stating it tried to dilute the powers of the Tribunal. He further added that the organisation should be independent from the government in order for it to work efficiently.

The Finance Act last year drained the powers of NGT rendering it less effective than before. It is a people's organization and it should not be allowed to come under the grip of the government. 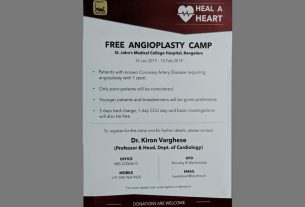 2 thoughts on “Jairam Ramesh hits out at Forest Rights Act”