The sub-sector that was born in 2015 is picking up pace and is currently estimated at $165 million.

Bangalore, April 11, 2018: With over 50 start-ups in the country including MyraMed, Pharmeasy, 1mg, Netmeds and MedPlus, the rapidly growing online pharmacy sector is becoming a cause of worry for experts.

E-pharma startups—given the potential of the sector—are busy raising money to expand their operations and consumer base. Pharmeasy, based in Mumbai, raised close to Rs. 200 crore in Series C funding in March this year and MyraMed based in Bangalore, raised money in an undisclosed Series A funding through venture capital from Times Internet and Matrix Partners.

Faizan Aziz, co founder of MyraMed said online pharmacies, which get over 500 orders per day, offer discounts up to 45 per cent on all medicines along with incentivizing the customer for giving reference to scale up the sales.

Dr. Prashant Srinivas from SOCHARA, a community health center in Bangalore, said, “Online Pharmacy needs a very strict environment if it has to work. In current regulatory environment where the conventional pharmacy sector is not well regulated, budding online pharmacy sector is very dangerous. However, there is another angle to it which is access to medicines in India is also a problem. Many poor communities do not have access to essential medicines. These basic medicines take care of most healthcare requirements of the population; it is important to improve their access in particular and a verified online environment can prove helpful.”

Last year, the Central Government proposed to initiate discussions on framing the policy to regulate the sector. In its draft rules  Drugs and Cosmetics Act 2017, the government mandated registration of the startups with the Central Licensing Authority along. The government also ordered an audit of the electronic platforms to categorize the drugs based on which ones can be sold with and without a prescription.

Bangalore District Chemists and Druggists Association said that apart from risking the sale of psychotropic medicines and drugs under Schedule G and H due to little regulation, these pharmacies are posing a threat to the sale of conventional pharmacies because of the high discounts they offer.

Dr. Srinivas added that it is important to keep the identity of patients and pharmacies on record, in the absence of which the supply of medicines is dangerous and probably illegal. Only way this can be regulated is by notifying rules for the operation of online pharmacies without delay. “Take for example Dunzo, an in-general app where they put you in touch with a pharmacy of your choice and deliver the medicines to your house. There have been instances when antibiotics are delivered in a scenario where anti-microbial resistance is a big problem,” said Dr. Srinivas.

For a sector that is running without regulation, it is imperative that audits be conducted to check for drug quality and the environment in which they are stored,and if the prescription is crosschecked by the pharmacist. Since the general pharmacy regulation in India is poor, online environment will further distort it, said Dr. Srinivas. 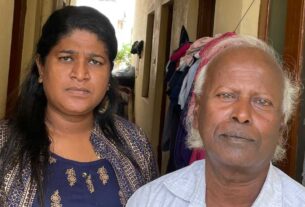 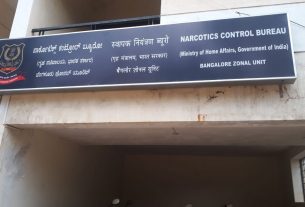