Bangalore, April 11, 2018: Doctors of city hospitals are expecting to see an increase in the number of H1N1 cases after the summer season.

According to a report published by the Directorate of Health and Family Welfare Services, 3,260 cases of H1N1 were reported last year, while 8 such cases have already been reported in the last four months.

Dr. Sam Jacob, MD, MBBS said, “There has been a decrease in the H1N1 swine flu cases in the past two months but like every year we are suspecting it to rise after the summer season. Also, not all cases are reported to the state health department,”

Doctors of government hospitals have a similar opinion on the spread of the H1N1 virus. Dr. Mimetha of  Victoria Hospital said, “There is always a rise in the number of H1N1 cases after summer and we are expecting a similar trend this year”.

Last year during the summer months from March to May there were 5,747 positive cases of H1N1 in Karnataka as opposed to 603 positive cases in the previous months of January and February according to the data released by the health and family welfare department across Karnataka.

“We monitor around 500 hospitals both private and government in Bangalore. H1N1 starts spreading from summer and increases during monsoon. Since it is an influenza disease it spreads through droplet infection which is by coughing and sneezing. For such disease, precaution is personal hygiene and therefore we distribute pamphlets which advice washing your hands before eating and maintaining eating etiquette,” said Dr. Shivkumar, BBMP officer. 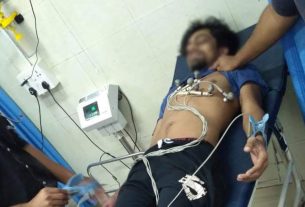