The fire brigade too a few hours to douse it

Bangalore, April 11, 2018: Smoke. Soot. Acrid Smell. A hardware store near Town Hall burnt for hours as the fire department tried to douse the blaze while the smoke from it engulfed the locality.

Dharanesha N, a fire fighter who was covered in sweat and soot, said that the fire department came to know about the fire around three in the morning and they were deployed as early as four. He added that as many as 12 fire engines hadalready been used in the operation.

The hardware store named “Excellent” is a three-storey building located near the town hall owned by brothers Shabbir and Yusuf Bohra.

Yusuf said that the store mainly sold hardware items and safety equipments which were stored in the second and third floor.

The fire department was unable to douse the fire in both the floors until late in the afternoon.

Siddhesh, an emergency medical services employee who had reached the spot at four in the morning said there was no causalities or injuries except one fireman who had injured himself while dousing the fire. He added that the fireman was given first aid after the minor accident.

D B Megeri, a fire department official said, “Once the fire has been doused, our team will go in and determine the cause of the fire. As of now, we are suspecting a short circuit but it cannot be confirmed”.

The shop owners might have flouted fire safety rules but that can only determined at a later stage, he added.

Friends and family of the shop owners gathered around the spot as many broke down witnessing the condition of the store.

Hussain, who works for the brothers, said that the shop might incur a loss of around Rs 1 crore. “We can still use the goods from the first floor.However, goods in the second and third floor are completely gone,” he added.

Other shops around were however, not asked to vacate their respective stores as chances of the fire spreading were slim said a fire department official.

Vijay Panchal,another hardware shop owner located just two stores away from the Bohras said that the stores there cannot afford to have a fire alarm or water sprinkler system as they do not operate on a large scale. He blamed the lack of space in the stores for the incident.

Dharanesha said that it would take another two or three hours more to douse the fire. However, traffic on the road was affected due to the smoke and the space occupied by the firemen and engines, said a traffic police stationed at the spot. 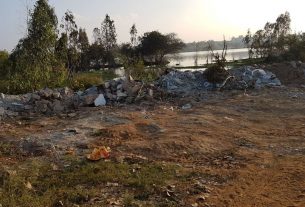 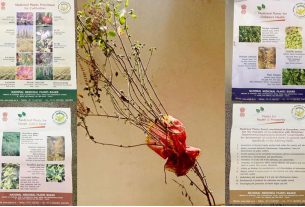