The Indian shooting contingent participating at the 2018 Commonwealth Games in Glasgow have been in sparkling form, having won a handful of medals in almost all of the competing events

One of the men behind the success of these shooters is Joydeep Karmakar, who has coached a few to success, especially the likes of Mehuli Ghsoh, who won Silver in the Women’s 10m Air Rifle event on Monday.

Karmakar spoke exclusively to The Softcopy about Ghosh, as well as her and others’ ability to handle pressure and more.

A: I would say it is a mixture of both the technical as well as the mental aspects. The Indian junior shooters are unaware of the threats of life and careers. They are straight, innocent and have not yet tasted a lot of defeat yet. They are fearless, have no inhibitions.

A few of the juniors are matured and are here for a long career. But the results might not reflect the difference between them right now, because it is too early to say.

The make-or-break situation might not come, but the testing phase would come when they face defeat.

They are doing amazingly well, they are willing to put in a lot of hard work and are on the right track at present.

Q2. What were your first impressions about Ghosh when you first saw her in your academy?

A: The first impressions about her were nothing special. She was not in a right frame of mind. She was really down. She had a few unpleasant experiences in the past, when a previous coach and the academy where she practicsed, she was told that she won’t be able to become a shooter.

There were some unfortunate incidents as well. She was messed up in her head and everything was going wrong for her.

But when her parents got her to my academy, I took it up as a challenge. I hardly knew her. I tried talking to her, understood what she had gone through and she was traumatised by the concept of shooting.

She was very blank and I prepared her mentally to accept the type of training that I had to offer. That was the biggest challenge I faced.  Giving her counselling, talking positive things, providing her confidence these were some aspects that we worked on. And then the technical aspects came into the picture.

Q3: We are two years away from the Tokyo Olympics. What do you think needs to be done to ensure our shooters remain consistent at the world level?

A: I think their goals for the Olympics should be very specific and not very vague. They need to be made to dream about it. I think, at times, in the name of discipline, we focus into technical training, hard work.

There has to be mental preparation for the shooters. It has to be tailor-made and a lot of space has to be given to shooters. From my experience, I can say there is a big difference between a good shooter and a champion.

Trying to be the former is not going to help. You need to be a champion and to achieve that, we need meticulous planning. How to handle a situation like the Olympics can only be understood by those who have competed at that level.

We are fortunate that many champion shooters like myself, Jaspal Rana Suma Shirur etc are giving back to the juniors. The federation need to think about the ex-athletes and how they can be involved in making it practically prepared for the Olympics. 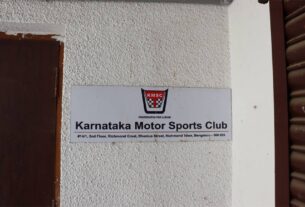 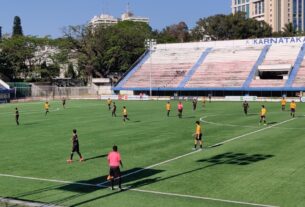