Several cards are yet to be distributed

Several farmers in Soraba Taluk have not received their
soil cards supposed to be distributed under the ‘Soil Health Card Scheme’ launched by the government.

The cards issued are a form of report with crop-wise recommendations for farmers on the judicious use of fertilisers for improving soil health and productivity.

The district-wise data on the government website shows so far 3,34,511 farmers have been covered and 2,99,357 soil health cards have been printed.

Of the 299,357 cards,few have reached the farmers. Moreover, those who received are unable to understand the the findings of the report.

Prasanna Patil, a farmer from Sasurahallu village who owns 20 acres of paddy and corn, said, “Agricultural officers came to collect my farm’s soil for testing but I have not received any results from them so far.”

Another farmer, SrinNivas Murthy from Banadakoppa village, who owns an acre of betel-nut farm said that neither he nor anyone from his village has ever received the card.

Agitated, Mr. Murthy said, “Nobody from the agriculture department has ever visited to test my soils health.

Most farmers have a similar tale to tell, either nobody came to collect the sample or even if their soil sample had been collected, they have not yet received the reports.

Goni Basappa, a farmer from Yennekoppa village, who grows cotton in his five acres farm, too shared a similar story.

But Manjula, chief agriculture officer of Soraba taluk, had a different story to tell.

She said “Due to the lack of staff we only take one soil sample for 25 acres of land and same result is given to each farmer individually by visiting their homes.”

“Laboratory results” she continues, “about the various factors regarding soil fertility, dosage of fertilizer application in crops and so on are printed on the Soil Health Card with the list of recommendations for improving the soil health.”

She has no clear information if any kind of cross-check for the given
recommendations has been carried out by the department or not.

She said that the department does not have enough staff to carry out soil health testing efficiently. She mentioned, “We do have a mechanism where we visit each farmer to cross check if given recommendation in the Soil Health Card  to the farmer has been implemented or not.”

However, A.N. Ganesha Murthy, head of the Department of Soil Science and Agricultural from Indian Institute of Horticulture and Research, said that any farmer who can read and write can easily understand the recommendation written on the Soil Health Card.

He added Soil Health Card is a massive initiative and it will take
time to completely cover all the regions. 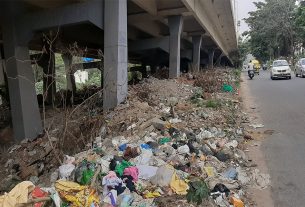 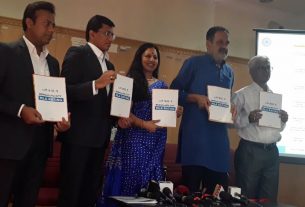 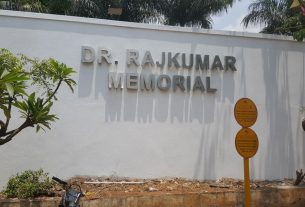