Skip to content
Home | City | Toilet in school, but can’t be used

The school has a toilet but children and teachers cannot use them.

Bangalore, April 09, 2018: A government school in the city is functioning without toilets. The children are forced to use the toilet of a Primary Health Centre(PHC) next to the school.

One eighty students – 86 girls and 94 boys of the Government Model Primary School are not able to avail the basic facilities which a school must provide.

Nalinamba R, an English teacher at the school, said that it is very important for a school to have toilets, especially when it comes to girls. Initially, the students had to use the field whenever they wanted to urinate or defecate.

Anisha, a student of fifth standard said that she doesn’t prefer to use the toilet in the school as it smells. Whenever she feels like urinating, she controls it until she gets back home.

Sharath Kumar, project manager at Bosch, visited the school as  part of the Company’s Social Responsibility (CSR) activity, to distribute stationary and sports kits to the children and discovered that the sanitation facilities of the school are in a very bad condition. Later, he lodged a complaint regarding the same on the BBMP Sahaaya app. But till now the complaint has received no response.

Murali, the head master of the government school, said that it’s really difficult for the children to use the broken toilet, that’s why they send them to the PHC whenever they want to use the toilet.

Pawan Kalyan, a student of fifth standard, said that he goes to the open field behind the school whenever he wants to urinate.

Ramesh, Assistant Engineer from BBMP, said that he is unaware of this problem faced by the students in the government school. “I will visit the school very soon and figure out how can we fix the toilets and then I will send an estimated budget to a higher authority to get it fixed,” he said.

Pankaj Yadav, an urban planner, said that the government needs to allot funds and parents and the school teachers need to put pressure on BBMP. It is mandatory for all the government schools to have these basic facilities. In fact, despite of the Swachh Bharath mission there are many government schools which have failed to fulfill these essential requirements.

A study reported in 2016, stated that the government schools in Karnataka do not have well maintained toilets while some schools do not have toilets at all. 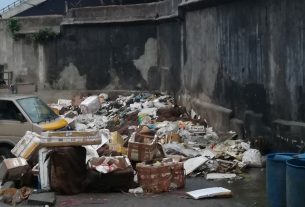 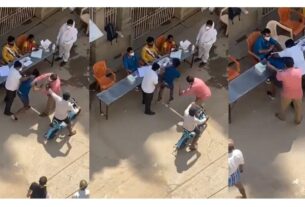 1 thought on “Toilet in school, but can’t be used”