The decision is a victory for the combined efforts of organizations like Humane Society International (HSI) and People for Animals (PFA).

Bangalore, April 9, 2018: India became the latest county to put a ban on the import of seal skin and fur from Canada. This decision would help protect thousands of seals from being slaughtered by the commercial sealing industries.

The notification issued by the Directorate General of Foreign Trade (DGFT), India has come as a triumph for the incessant and combined endeavors of organizations like HSI and PFA fighting for animal rights worldwide.

“We are delighted that our appeal to the Government of India to take a stand against this cruelty has produced a result after four long years. With dwindling world markets for seal products, the Canadian sealing industry is counting on countries like India and China to import the seal fur, oil and meat that other nations refuse to buy and I am glad that India has chosen compassion over cruelty. We are certain that this choice will be the last nail in the coffin for the sealing industry,” said N.G. Jayasimha, managing director of HSI/India.

India’s decision to ban the trade in commercial seal products is the latest after more than 36 countries that have already banned imports of seal products for animal welfare and conservation. These countries include the 28 European Union member states, the United States, Taiwan and Russia. In 2013 and 2014, the World Trade Organization twice upheld the rights of nations to prohibit seal product trade for animal welfare reasons.

In her reply to the Softcopy on the recent ban, Gauri Maulekhi, animal rights campaigner tweeted, “More than 20 countries have banned it already. India was importing [seals] in bulk for processing the fur.”

“We commend the Directorate General of Foreign Trade for its firm commitment in abolishing the import of seal skins. The DGFT had previously prohibited the import of exotic skin and leather and import of foie gras, a liver extract of ducks,” she had added in a statement.

“People for the Ethical Treatment of Animals (PETA) India had met with the then Minister of Commerce, Smt. Nirmala Sitharaman, in late 2014 along with Smt. Maneka Gandhi, Union Minister, to raise the issue of banning the import of all animal fur and exotic skins imports in India. While DGFT issued a notification amending the trade policy of India that prohibits the import of the skins of reptiles and the fur of chinchillas as well as minks and foxes “whole, with or without head, tails or paws” in 2017, seal fur is the recent add to the list,” told Nikunj Sharma from PETA via an email to the Softcopy.

He also added that India’s decision is part of a global trend to reject Canadian seal fur. India became 36th nation to pass a ban after the United States, Mexico, Taiwan, Switzerland, European Union countries, Belarus, Kazakhstan, and Russia (which had been importing 95 percent of Canada’s seal products).

The ban ensures that as Canada looks for new markets to expand its trade in countries that allow seal fur imports, India will not be an option.

Canada’s commercial seal hunts is considered to be the largest slaughter of marine mammals on Earth where more than two million seals having been killed since 2002. The seals are killed for their fur and, because the skins of young pups are most valuable, 98 percent are less than three months old at the time of slaughter.

Rebecca Aldworth, executive director of Humane Society International/Canada, said, “For 18 years, I’ve observed the Atlantic Canadian seal slaughter at close range and witnessed a level of suffering most adult people can’t bear to watch on video. Almost all of the seals killed are pups just a few weeks old and they are treated brutally.”

She further elaborated on how the baby seals are routinely shot and wounded, and left crawling through their own blood on the ice, crying out in agony. Many conscious, wounded baby seals are impaled on metal hooks and dragged onto the bloody decks of the boats where they are clubbed to death. Wounded seal pups also escape into the water, where they die slowly and painfully.

A campaign has been started by the Humane Society International where one has to sign up to ask Canadian Prime Minister Justin Trudeau to end commercial seal slaughter in Canada once and for all. 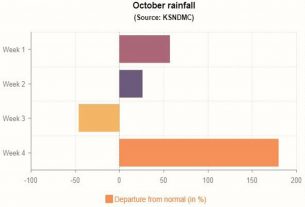 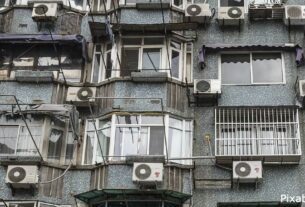 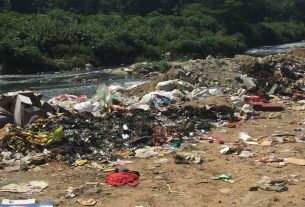