Despite the Medical Council of India allowing only a pathologist to sign laboratory reports, many path-labs in the city have technicians signing them.

Bangalore, April 09, 2018: Though his laboratory report may say, “Urine test results are in normal range”, Mr. Joseph [name changed] still has cause for worry as his report from the Kanva Diagnostic Laboratory has been signed not by a pathologist but by a technician.

Usha, who started work at Kanva Diagnostic Laboratory holds a diploma in Medical Lab Technology from Green City Paramedical College, Marathahalli. She conducts the pathology tests and signs the reports without any supervision of any pathology graduate or an MBBS.

According to the Medical Council of India, “Laboratory Report can be signed only by a registered medical practitioner with a postgraduate qualification in pathology.”

The recent  verdict by Supreme Court of India on December 12, 2017, in the matter of North Gujarat Unit of Association of Self Employed Owners of Private Pathology Laboratory of Gujarat Vs. North Gujarat Pathologists Association says that, “By taking a view that the stand of the Medical Council of India that laboratory Reports can be signed by a registered medical practitioner with a postgraduate qualification in pathology is correct”

This matter was earlier in Gujarat High Court and the court gave its verdict in favour of MIC.

Mohammad Kauser (DMLT graduate from Bangalore Medical College) who owns Meditech Diagnostic Laboratory in K.S Town has not appointed any pathology graduate and carries all the laboratory tests on his own with the help of his lab assistant and signs the report.

He says, “I have been a pathology technician for the last 20 years and it’s been 10 years since I have owned this laboratory.”

He doesn’t think much of MCI’s stand on pathologists, and adds, “Experienced laboratory technician can sign the reports because over the years they become efficient to do this job.”

The same saga repeats at Sri Balaji Diagnostics situated on B.M. Road Kengeri where technician Kumar, a DMLT graduate said that he has been carrying out this job since the last 20 years and it’s been three years since he joined Sri Balaji lab.

A report from Kengeri Satellite Town located Shreya Diagnostic Laboratory shows that tests are done and signed by the laboratory technician, Shankar, a DMLT graduate.

Dr. Sujay Prasad, Director, Anand Diagnostic Laboratory Services Bangalore said, “Any medical report must be signed by a qualified pathologist.  But due to the non- availability of qualified pathologists these labs have technicians who are doing the work. The cause for concern arises when bodies like National Accreditation Board for Testing and Calibration Laboratories come up with guidelines which say that technicians can sign the reports.”

Dr. Vijay Shankar S, Secretary, Karnataka Chapter of the Indian Association of Pathologists and Microbiologists said that there are many laboratories in Bangalore which are run by technicians and they also sign the laboratory reports. This practice needs to stop because technicians are under qualified.

However, Dr. Prasad also said that we need to enhance the quality of our technicians rather than shutting them down because looking at our country’s population, there is a requirement for pathology labs. 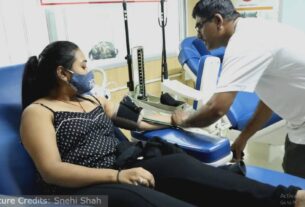 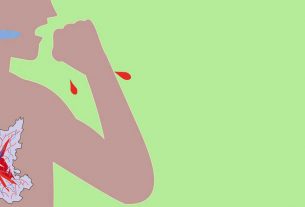 K’taka coughs its way up on the TB list 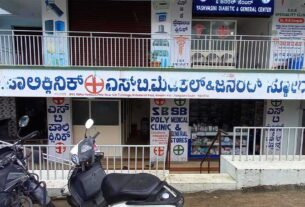 No pharmacy in Devagere, people travel for meds