The Bureau of Indian Standards (BIS) has failed to enforce regulations  on bottled water companies, a study has said.

The study published in Current Science magazine found that many  firms manufacturing bottled water  prefer to operate without the BIS license. The study says that this happens because the BIS has inadequate facilities to monitor and test all the fIrms it issues licenses to..

G.H Reddy, a scientist at the BIS Testing lab in Bangalore said, “There are a lot of licenses, hundreds of them, we cannot cater to all of them. So we sometimes do random testing of samples collected or if there is a complaint of any dubious ISI Mark, we look into that.”

The BIS issues an ISI Mark to a manufacturer after ensuring its quality, reliability and safety. The ISI mark enables the consumer to seek damages and the BIS has the legal power to take action against the said firm.Aviram Sharma, Assistant Professor, School of Ecology and Environment Studies at Nalanda University who conducted the research  emphasized that when granting licenses, a BIS branch should also be able to monitor all the firms operating with those licenses, he says that it is not happening.

“The point is that there is no limit on granting licenses. In any branch, there is no upper and lower limit. If 100 firms apply for a license, they all must be given one if they meet the requirements. They(BIS) is only concerned with the raw water quality and they grant licenses with regards to that, they don’t consider other factors that are important while granting licenses such as water scarcity in a region,” he said.

The number of laboratories authorized by BIS for testing packaged drinking water is proportionally low with respect to the number of licenses issued to manufacturing firms. An official from the BIS  said, “The research uses a lot of quotes which cannot be considered. If we’re carrying out such activity we will make sure we have the proper facilities and infrastructure. We only hold the licenses, enforcement work is left to others authorities.” While there are other authorities responsible for enforcing standards, the BIS is also required to enforce the regulations it makes.

The study also revealed that the BIS has a shortage of human resources (trained manpower) for monitoring the licensing process.The BIS official commented, “Those things are part of our internal communications but we make sure we do our job.”

Chethan Venkatesh, manager at Aqua Dew Drop Packaged Drinking Water factory in Kodigehalli said, “If you see the total water manufactures in Bangalore, around 60-65 per cent of them are without an ISI mark. The actual number will be in thousands. If you take the whole of Karnataka, the number will go higher. These manufacturers mostly manufacture the 20-litre cans. But the BIS takes no action.”

Harish Reddy, manager at MVR Minerals, a bottled water supplier in Venkateshwwara Layout said, added that Only 36 brands in Bangalore have the ISI mark and the number of manufacturers without it are in the thousands. V.S Ramesh, manager at SLV Enterprises, a bottled water supplier in Kumaraswamy Layout said the BIS doesn’t have the calibre to enforce these rules, they catch some firm but then there are so many others and more keep coming.

In the BIS website, out of the total 25 cases of  court judgements published against ISI misuse, 12 of the cases of ISI fraud was for packaged drinking water. There were three cases reported in Bangalore, two out of these were Buro Supply and Anika Aqua. 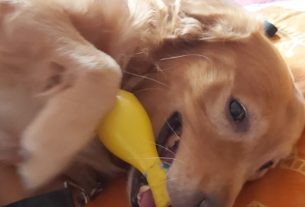 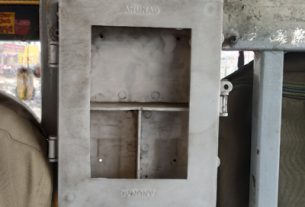 2 thoughts on “BIS quality regulations are weak, says a study”