Skip to content
Home | Business | Form 27: A tale of patents lost in vagueness

Bangalore 13th March 2018: A large number of companies and individuals filing for patents and licenses don’t provide critical information about their inventions, stated by law. This removes the transparency in the patent filing process and acts as a hindrance in assessing whether a patent has benefitted the general public at large.

Prof (Dr) Shamnad Basheer, Honorary Research Chair of IP Law at Nirma University and a visiting professor of law at the National Law School (NLS), Bangalore said that it is more convenient for companies to not file Form 27. “For most of them, it’s (inventions) commercial trade secrets. They don’t want to release this information because it is advantageous to keep the information hidden. In the field of Intellectual Property(IP), although IP is supposed to be publicly registered, especially patents, the best patents are those that hide as much as they disclose. If you see a patent, they(companies) will give you a bare minimum information necessary to acquire the patent.”

Pranesh Prakash, Policy Director, at the Centre for Internet and Society said “Form 27 is important as patents provide exclusive privileges to an invention, for example, if person A creates something which has been created and patented by person B earlier, even though person A had no knowledge of person B or his invention, Person A has infringed person B’s IP rights. So for any kind of an inventor, they have to be extra careful about not violating patents.”

“The reasons for not filing Form 27 could be several, from it being onerous to it not being in your best interests. There’s also the thing about people not bothering enough due to lax enforcement,” he added.

Section 146 of the Patents Act, 1970 makes it mandatory for all those applying for patents and licenses to submit a statement on the commercial working of their invention to the Controller General of Patents, Designs & Trade Marks every year. This document, called Form 27 elaborates on the different aspects of the invention like the invention’s functionality, place of manufacture and number of quantities manufactured and practical application and how the invention has benefitted the public.

Basheer added that there are a lot of advantages for firms to withhold significant information about their inventions.  He had filed a petition in 2011 in the Delhi High Court to make companies mandatorily comply with Form 27 and punish entities who fail to file or meet the requirements of Form 27. As of now, the case is still at the court. Basheer, through an RTI, found that a large number of Form 27s are unavailable for download from the website of the Indian Patents Office.

If an invention fails to work, a patentee is required to explain why the invention didn’t work and what efforts the patentee is taking to make it work. The RTI found that over 65 per cent of the Form-27 filings has failed to address this question. Some of the patentees even ignored this question and left the column blank. Patentees are also required to provide information regarding the quantity and value of the patented product imported or manufactured in India. Around 40 per cent of the patentees surveyed by Basheer failed to disclose this information. Other significant details which need to be provided under Form 27 was also either blank or inadequate.

In a research published in a journal of New York University, from 2009 to 2016, the researchers could access only 20.1 per cent of the total number of Form 27 documents. The CIS, in its own research, searched the IPO website for mobile patents and reached the same conclusion as the research published in New York University.  The Centre for Internet and Society(CIS), a non-profit organisation that undertakes interdisciplinary research on the internet and digital technologies from policy and academic perspectives, mirrored the findings of Basheer.

According to the latest data generated in 2016, the mobile and telecommunications sector has seen 4419 patents filed for which 1186 patents didn’t have Form 27 filings. The researchers said that amongst the ones that were accessible, almost none contained useful information regarding the working of the patents.

The importance of Form 27 has been highlighted in the Natco Pharma vs. Bayer Corporation case. Bayer Corporation, a German pharma company, obtained an Indian patent covering Nexavar—a cancer medication drug—in 2008. Bayer estimated that more than 8,800 patients in India eligible to take the drug but the product imported was enough to treat only 200 patients.

Natco Pharma, an Indian generic drug manufacturer, seeing that Bayer had priced a monthly dose of the drug at more than Rs. 2,80,000. This was unaffordable to the vast majority of Indians. Therefore, Natco attempted to negotiate a license with Bayer to manufacture and sell the drug in India. However, the negotiations between the two companies failed. Natco applied to manufacture and sell the drug in India to the Drug Controller General of India and the approval was ultimately given to Natco Pharma.  The case was won by Natco because of the information obtained from the Form 27 filed while Nexavar was patented.

The patentees differed vastly in their positions regarding what all information needs to be given in Form 27. In general, patentees— mostly multinational companies—argue that Form 27 is vague. It is unclear and confusing as to what all and to what extent should information regarding an invention be provided.

Rohini Lakshanet, technologist, public policy researcher, and former journalist agreed that Form 27 needed more clarity. “I believe the form could use some restructuring to address these issues. The form is better suited for pharma patents and not necessarily for complex devices that comprise several parts and components. IT and electronics patenting are far more rapidly changing fields and that’s why the confusion exists,” she said.

Rohini added, “I have talked with some officials (IPO officials) and was told it is difficult for the IPO offices to keep up with scrutinising the forms and pursue defaulters because they are understaffed and short of resources.”

As of today, she has written to several top IPO officials about issues she faced while researching on Form 27 filings and most of them did not respond at all and two of them her vague answers.

But this “vagueness” which companies are complaining about has been countered by Shamnad Basheer who said that they can seek clarifications from IPO regarding the requirements. “The form could have been clearer but vagueness under the law means it is so weird that you can’t even answer it, but this is not the case. What we have said is that, give the best information that you possibly have with you in the best possible way, nobody is asking you for 100 per cent precision. The court has asked the IPO to make the form better but in the current situation firms can answer the requirements of the Form.” Rohini agreed that anyone can file an RTI and seek clarification from the IPO into any ambiguity.

Anubha Sinha, a Programme Officer at the CIS said, “The responsibility of the Indian Patent Office does not stop at the mere collection of data – the policy goal of Form 27 is to enable transparency in the functioning of the patent regime. Thus, there is an urgent need for the Office to re-look and improvise the manner in which it provides public access to this data.”

Amit Mahajan who is the public prosecutor in this case although agreed that patent working requirements have not been enforced and widespread non-compliance exists said that until there was a legal framework in place for initiating prosecution against errant patentees, the IPO cannot take any action.

India currently has the 22nd largest number of patents in the world with nearly 50,000 patents in force as of 2014. The law says that errant patentees may be fined (upto Rs 10 lakhs) and in some circumstances even imprisoned in cases where they deliberately provide the wrong Form 27 information. 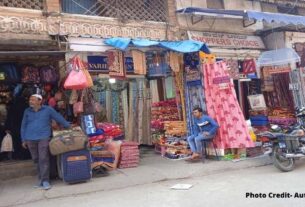 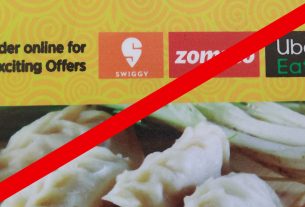 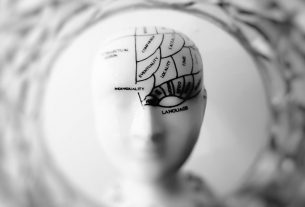 1 thought on “Form 27: A tale of patents lost in vagueness”