BMTC has refused to issue bus passes to visually impaired people on grounds that they need to produce Aadhar cards.

Bangalore, 13 March 2018: Bangalore Metropolitan Transport Corporation (BMTC) has refused to issue bus passes to members of a society of visually challenged people because they did not have Aadhar cards.

Members of a society of blind people had approached the BMTC for help with the passes..However, the BMTC officials asked them for Aadhar cards, which the members did not have Aadhar cards.

Even though there are seven types of bus passes none of them are specifically for the blind and especially abled people. Ansila, a nun at Jyothi Seva Society said, “I took two of my girls to BMTC to get the bus pass done for free but they refused to issue them.  Even after I showed them the blind certificate they asked us to come back with Aadhar cards.”

M.Nagaraju Chairman BMTC said, “This shouldn’t have happened as we plan to give free bus passes to blind people and college students by April 1.” He said that students and the blind can get the passes for free. However, handicapped people will get a rebate depending on the category of the disability. 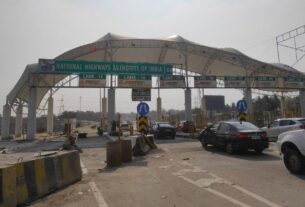 Toll booths yet to be closed by NHAI