Bangalore, Oct 12, 2017: The 12 per cent GST on farm machinery has hit manufacturers and farmers in Bangalore.
Before the GST, almost all farm equipment’s including threshers, drip irrigation systems, laser levelers, harrow, and cultivator power sprayer were taxed under Value Added Tax system at the rate of 5 per cent.

Drip and sprinkler irrigation equipment, and tractors which were at the VAT rate of 5 per cent, are now taxed at 18 per cent under GST. Similarly, the tax rate on pesticide sprayers has gone up from 6 per cent to 18 per cent and electric motors from 7 per cent to 12 per cent. Farmers in Bangalore want revision of GST on high tech agriculture equipments.

K M Ramesh, Secretary and Manufacturer/Trader at Agricultural Machinery Manufacturers Association (AMMA-India) and Varsha Associates, said that high GST on farm equipments has reduced the industry growth which is currently at the growth rate of only 5-7 per cent annually. Farmers prefer custom hiring centers which supply farm implements to them at nominal rates on hire. Farmers do not purchase this machinery and continue with traditional farming. Their annual turnover in the last financial year was Rs. 20-25 lakhs which is going to decrease as they are unable to meet the expenses.
Mohammed Rafi Ulla, a farmer said, he is growing wheat, potatoes and various vegetables on his land. As he is just a medium farmer, it has become very difficult for him to survive in the market now. In hi-tech agriculture farming they get 3-4 times more profit than traditional farming.

B. Raga Sravanthi, a floriculturist said, they wanted to buy Fertilizer Granule Machine which automatically controls and distributes fertilizers to plants in the required amount. The cost of the machine is Rs. 3 lakh/unit. But due to increase in taxes they are not willing to buy it and are finding some other alternative for the same machine.

Hardik Murarka, a farmer said that, earlier the drip irrigation which is very necessary for any farmer was tax free. But now 12 per cent GST is levied on drip irrigation due to which burden and pressure on farmers has increased. The price of drip irrigation has increased from Rs. 70, 000 to Rs. 90, 000. Now, farmers will hesitate to adopt hi-tech farming. Things become relatively easy for farmers when they use modern machinery as less manpower is required, he said.

“The government is encouraging hi-tech farming on one hand and on the other hand huge taxes are being imposed,” said Dr. A B Patil from University of Agricultural Sciences “There will be no advancement in agriculture industry. If the taxes are increased on hi-tech equipments then subsidies should also be increased so that it is balanced and then there will be less burden on the farmers. To encourage small farming families going for high tech farming, mechanization or partial mechanization is to be promoted. To support the hi-tech and precision farming, government may revisit the newly introduced GST slabs,” he further elaborated.

Rajeev Roy, Managing Director of Agriplast, said while GST brought some cheers it also brought some tears too for the farming community. There are many modern technologies used by farmers at present which increase their income multifold. Due to oversight many important agricultural inputs and technologies have fallen under the higher slab of tax. He has written a letter to Minister of State for Finance, Mr. Shiv Pratap Shukla on September 30, requesting for revision of GST on high tech agriculture and still waiting for him to respond. 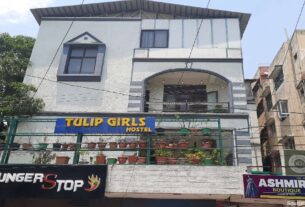 Property brokers and hostel owners are running out of business 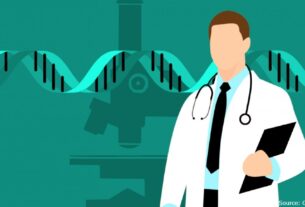