The movement which will cover 28 constituencies of Karnataka will be a 14-day event.

Bangalore, March 1, 2018: Union Minister for Human Resource Development Prakash Javadekar accused the Congress government in Karnataka of turning the city of Bangalore to a “pothole city.”

Javadekar along with R. Ashok, BJP MLA and former deputy CM blamed the current state government for the break-down of law and order in the city.

“From a decent city, Bangalore has turned to pothole city, a city of “gunda gardi (hooliganism),”said Javadekar.

Suresh Kumar, BJP MLA and spokesman said, “ It’s high time now. We need to solve the serious crisis which this city is going through.”

In a press conference here today, Javadekar released a charge sheet which poses 10 questions to the state government on various issues.

It includes the white topping of Bangalore roads which they say is a work-in-progress since two years, the brutal attack on L Vidwat by Congress MLA Mohammad Harris’ son NA Harris, problems of potholes, improper sewage and Congress member Narayan Swamy’s throwing of petrol in BBMP office. 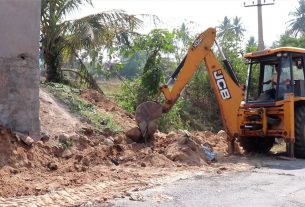 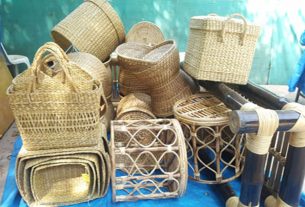