Skip to content
Home | City | Bhayamukta Bengaluru launched to put a halt to Nalapad type attacks in the city.

A campaign for safe Bengaluru was launched to help people raise their voices against organised crimes and rowdyism in the city.

Bangalore, March 1, 2018:  In a bid to ensure prevalence of proper law and order situation in the city and stringent action is taken against the offenders, Bhayamukta Bengaluru, a citizen movement by Bengaluru Nagarika Surakhshe Abhiyan was launched at Indiranagar Club onThursday.

Condemning the entire incident, BNS Reddy, said, “After a youth was beaten up mercilessly in UB city why did the UB city Management remain silent? Why were bouncers and security guards helpless that night? This is because people are scared and become mute spectators to influential people like Mohammed Nalapad.”

‘Bhayamukta Benagluru’ initiative by the people and for the people will work by giving a missed call on 9019-55-11-22 in case anyone comes across any crime and offence in the city. The organisation will get in touch with the police immediately thus acting as a mediator between the police and people to ensure the offender is prosecuted.

Keiran Narayana, co-convenor of Bhayamukta Bengaluru, said, “We are working on an effective action plan to make people raise their voice and make them confident. We want to directly connect with the citizens so they face no pressure and voice out their problems openly.”

BNS Reddy on the need of such initiatives said “Recently, after a journalist was molested in Cubbon Park, people started questioning the role of police men and safety in the city. But policing can be done better if people come forward to voice out such crimes. This way we can make the city safe again.”

“Proposing this initiative will help citizens raise voice against such organised crimes. Together we can pressurise the police and other organisations to get justice faster without the involvement of influential people like Nalapad,” he added.

Shubham K, software engineer, said, “I am not sure how this campaign will help. Even if we give a missed call and some organisation will act as a mediator, there is no guarantee police will take action. Moreover, why launch a campaign to make police do its work?”

With regardto the Nalapad case he strongly suggested a Court Monitor Probe for police reform where a panel of judges will extract call records of police men handling Nalapad’s case and to find out who is behind providing protection to such influential people who take law in their hands. 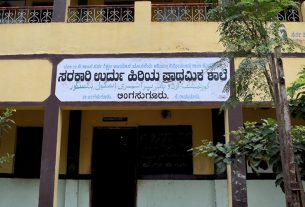 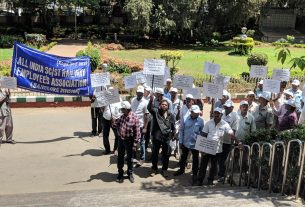