Skip to content
Home | City | No soil health cards, farmers get no support

With one year left in the Soil Health Card scheme, the scheme is far from its cumulative target.

Bangalore, 24 January 2018: The inadequacy of soil testing facilities in the country is the main reason for a slow progress in the distribution of Soil Health Cards (SHCs), a Lok Sabha Standing Committee Report showed.

The Committee report recognized that the progression in the scheme was slow, and it identified the main reasons for this sluggish progress as the lack of soil testing facilities and the lack of staff at the existing centers.

The committee recommended that rural youth, trained in Agri-Clinics and Agri-Business Centres (ACABCs), should be involved as consultants for soil testing periodically. It added that they should advise the farmers about the appropriate doses of fertilizers and nutrients required for improving the soil health and its fertility.

The Soil Health Card Scheme was announced in February 2015 by Prime Minister Narendra Modi to determine the quality of soil, identify its macro and micronutrients, and its acidic level and organic content. Based on this data, farmers are supposed to get guidance on what fertilizers to use, and how to make the soil amendments in order to improve the quality of the soil in their farms. The allocated budget for the scheme is Rs. 568 crore and it is being implemented in three years.

The Committee showed skepticism over the procedure of soil testing, as it recommended a review of the existing procedures for “more reliable and scientific way to analyze soil status and its fertility accurately” to generate the Soil Health Cards.

Dr S.K. Chaudhari, ADG (NRM), ICAR said, “When we are giving technical backing, all protocols are developed by our institutions and our people. It’s very easy to comment and criticize the methodology but I can assure you that the methodology is the best that is possible.”

He didn’t think that any change was required to be made to the existing procedures but added, “what is required, is, that we need to find the ways and means of indirect estimation because what we are doing at present is a direct estimation, and direct estimation takes time and is a lengthy process. In other countries, they often follow the indirect method based on remote sensing and handheld devices, but these countries have done so much work earlier that now they are going for standardizing through handheld devices. But we initially need to do manually throughout and after that, we will switch  to the faster method.”

The direct method of soil analysis involves the use of heavy machinery, and there is also a requirement to drill boreholes in the ground which could lead to unreliable data if there was any inconsistency, like pebbles in the soil.

Indirect methods include the use of handheld devices which perform soil testing. The target set by the scheme was to cover 14 crore farmers by the month of May or June in 2017. But, as of January 2018, only 46,971,146 farmers have been covered and 23,309,008 SHCs have been distributed.

He added that progress is slow is because of the new rules which require the entry of Aadhar numbers by farmers. “Soil Health Cards registered in the SHC portal – without the Aadhar number of the farmers, could not be printed.”

He clarified that action has been taken to collect Aadhar numbers from the farmers. 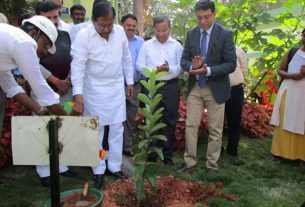 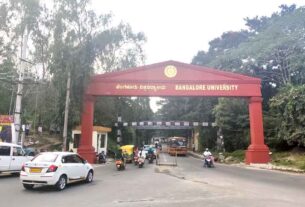