Traffic on Hosur road still prevalent despite the attempts to widen the road.

Bangalore, November 22 , 2017:  Hosur road near Johnson market was recently widened by demolishing the wall of a mosque which is situated on the right side of the road.  However, traffic in the area has not improved.

Mohammad Sharif, traffic inspector of Shantinagar said that the traffic situation has not reduced even after the roads were widened.

The wall of Masjid-e-Askari mosque near Johnson market was demolished in October 2017 by the Bruhat Bengaluru Mahanagara Palike (BBMP) after which the road was widened.

Meer Sadiq Ali, who visits the mosque on a regular basis, said that there was no point in demolishing the mosque’s wall  since the traffic level has not reduced. The BBMP chased the mosque’s committee for five years before the committee granted permission to the Palike, he said.

M.N Sreehari, CEO of Transportation Engineering Consultancy Services said that road widening is not the solution to solve traffic problem in the city. “It is necessary to have to multi modal integrated sustainable services such as metros and buses in order to ease the traffic condition in the city.” he added.

Mr Sreehari said that the roads should be widened when the road is first laid out by the BDA, before any infrastructural development takes place around the roads.

The Bangalore Development Authority (BDA) in their Comprehensive Development Plan (CDA) had initially proposed to widen 269 roads, but Mr Sreehari  said that only five roads have been widened since the plan was implemented.

Syed Dawood, student of Baldwin Methodist College, said that it is difficult to walk on the road since the traffic has been increasing. He added that when the wall was being demolished, the traffic was diverted to Shantinagar which added to thetraffic problem outside the school. 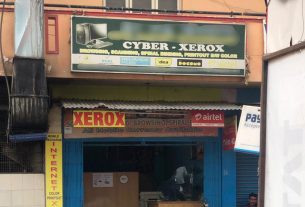 No one checks cyber café users 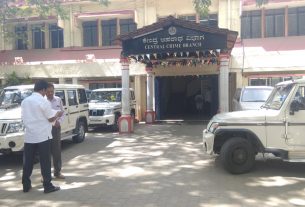