Bangalore, 21 September, 2017: Delay in the construction of the Horamavu underpass is forcing residents in the area to take longer routes and is causing congestion in the area. The construction began on July 22, 2016 and was to be completed by December that year.

Christin Joseph, an employee of Capegemini said that it now takes him almost two hours to reach home from his work place because of the traffic pile up near Ramamurthy Nagar signal. Commuters have to take a 4-5 km detour to reach the signal.

Prabhakar, Inspector of Banaswadi Police Station said that there is a regular traffic jam near Ramamurthy Nagar, Ragavendra Circle and Hennur Junction due to the ongoing construction. The commute takes an additional 45 minutes due to the traffic pile up at these signals say residents.

Kishore Goud, resident of V.M Meadows said that the authority concerned must inform the residents regarding the deadline of the project since it is causing a problem to the people. Radhamma Venkatesh, Councillor of the Horamavu ward said that the project might be completed by December 2017. The Government of Karnataka initially provided a budget of Rs 3 crores for the project, but it has now gone up to Rs 4.38 crores says R.K.Singh, Senior Divisional Engineer of Railways.

Mr. Singh added that the delay was due to further delay in removal of underground obstruction such as sewage line and the pipe line by the local authority. Prakash S, Contract Site Engineer of Railways said that the work stopped for a period of two months due to payment issues, causing the delay.

Sachin, a resident of V.M Meadows said that it is difficult for the residents to step out of the apartment. Earlier the duration of travel to his work place was 15 minutes but due to the construction it takes around an hour to reach Horamavu main road.

Anirban Chaudhury, urban planner said that the delay in construction was because of co-ordination problem between the BBMP and the railways department. He further spoke about how the temporary projects that are taken up by the State Government have a negative impact on smaller neighbourhoods in the short run.

The residents of the area have filed petitions at change.org to voice out their concerns regarding the delay in the construction. The petition has been sent to the Railways Minister. 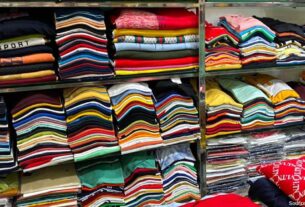 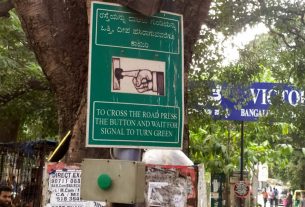