Bangalore, Sept 14, 2017: The number of people suffering from Jaundice has gone up in the city.

The numbers have gone up by 16per cent and 15 per cent as compared to last year, in Victoria Hospital and BGS Hospital respectively.

S Lakshmi Devi the Medical Record officer of Victoria Hospital said that data in the hospital indicates that there has been an increase in jaundice cases by 8.5 per cent in alcoholics compared to last year. She says the rest are affected either by eating junk food or contaminated water.

Dr. Adarsh C K, Consultant Gastroenterologist of BGS Global Hospital says that “out of the various cases that has arrived in the hospital for jaundice case most of the cases are due to alcohol consumption.”

Dr. Adrash also says that drinking 1-2 units alcohol does not cause a bad health but regular drinking causes jaundice.

Anirban Lahiri, a jaundice patient of the BGS Hospital says that “alcohol consumption has landed me here, but gradually I am getting recovered.”

Sayan Sil, jaundice patient from BGS hospital says that he has been detected by jaundice due to heavy drinking. But, he does not drink on a regular basis says Sayan Sil’s wife Ananya Sinha. 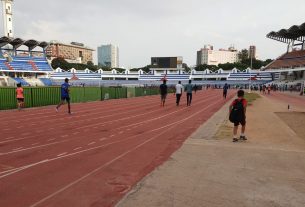 Lack of Infrastructure, a Problem for Karnataka Athletes